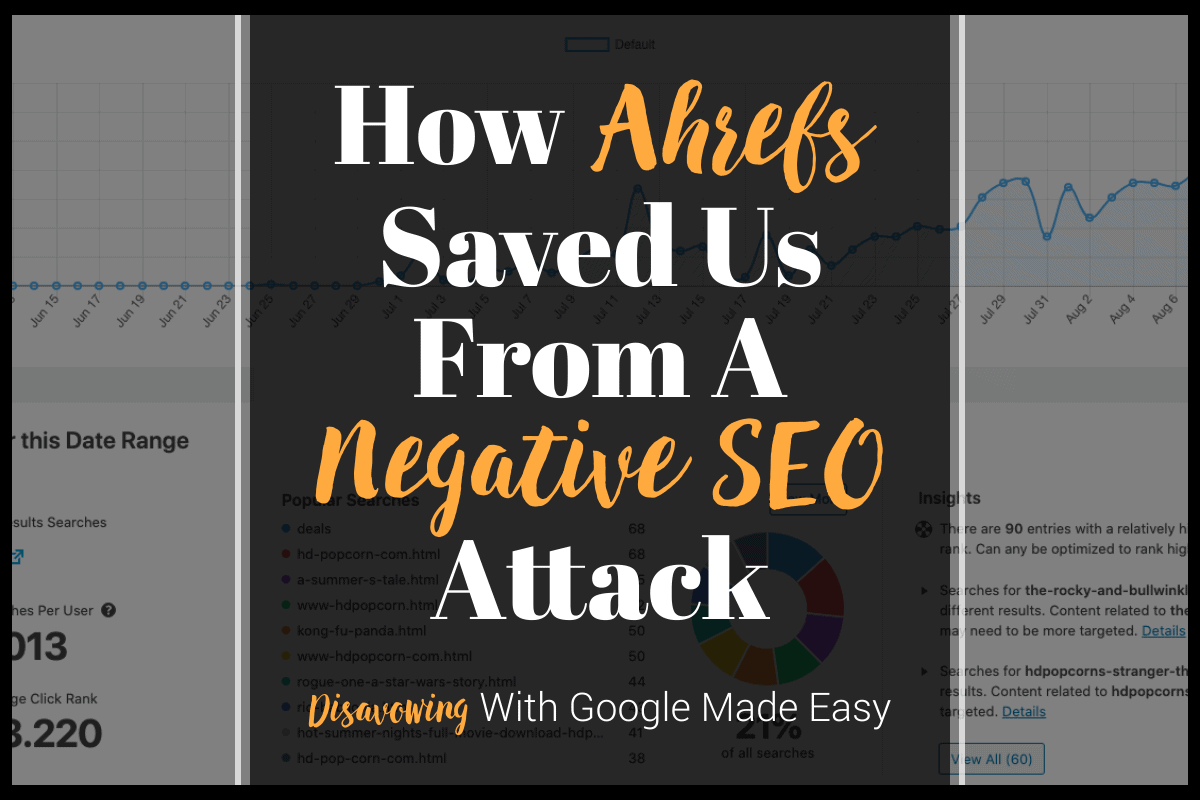 It is official. Leokoo just went through a negative SEO attack designed to damage our SEO. I’m thankful that Ahrefs helped us to identify the attack and letting us take steps to resolve it. If you suddenly saw a loss of traffic due to unknown reasons, you might be a victim of a negative SEO attack too. Read on to find out the story and how to fix the issue.

It all started when traffic on Leokoo plummeted by more than 70% over a span of three few weeks. What I thought was due to Google’s latest algorithm update, started to look much more sinister when I dug into the backlinks. All of a sudden, we started ranking for pirated movies, which is not the focus of this site. That was due to the attacker building a private link network that targeted the same non-existing keyword on this site.

While Google tells us not to worry about a negative SEO attack, the better way would be to disavow all bad domains. And this was exactly what I did. With Ahrefs, we were able to quickly identify and disavow bad backlinks to our site, which had an effect of restoring traffic to the site. It has not fully recovered, but with good content and better backlinks, we will be able to grow beyond this negative SEO attack.

Here are some images from the attack.