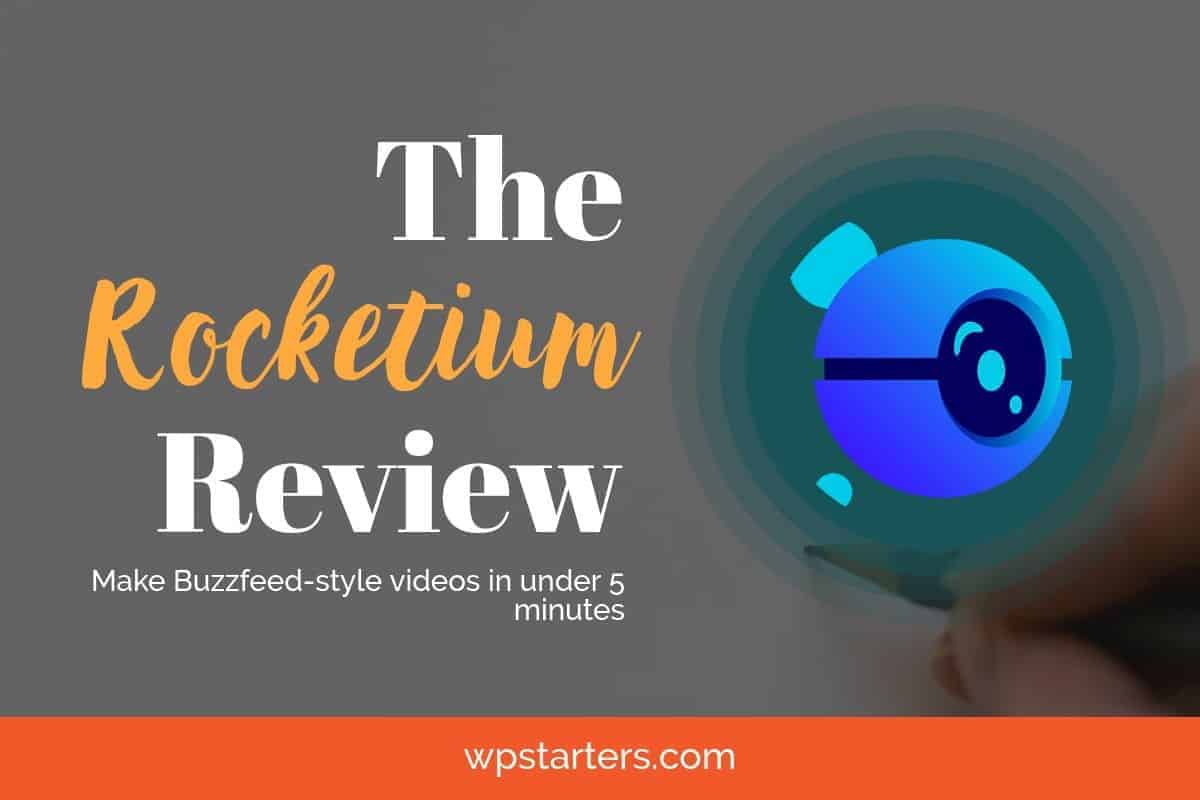 Video content creation has become more important since 2016 as video engagement rocketed through the roof for both search engine results and Facebook. According to Locowise, the average video post reached 12.05% of a Facebook Page’s audience, more than photos (11.63%), links (7.81%) or status update (4.56%).

Facebook video garners triple the engagement and 1,200 percent more shares than text and image posts combined. Facebook video works well because other than shares, likes and comments, the algorithm takes into account how much time people spend on a video.1

But video creation is tough. You either need to master animation or videography and then use some video tool to splice videos and images together before adding in overlays and music. Sometimes a seemingly simple 120 seconds video might take you hours to create.

Or you might need to pay someone a few hundred dollars every time you need a video.

As a content marketer/growth hacker, how do you produce consistent, quality videos without spending too much time nor money? Plus how do you make it simple enough so that your staff and colleagues can do so without you?

And the best part is, Rocketium licenses are now on a limited lifetime offer for the next five days via AppSumo.

But is Rocketium for you? Should you get Rocketium even after the lifetime offer? Read our Rocketium Review after the break to find out more.

A recent analysis of 100 million videos on Facebook (and the top 10,000 engaged videos) by BuzzSumo helps us understand what do we need for an engaging Facebook video:

However, the process of creating short, humorous, valuable and engaging videos was tough and expensive. But no longer. With modern-day apps, the days of focusing on creativity and not wrestling with the video app, are here.

We no longer need to use clunky desktop apps like iMovie or Adobe Premiere, which are frankly an overkill for short and catchy videos.

A few months ago, I got my hands on a copy of Rocketium. Rocketium was an unknown name to me but after trying out the app and creating a few videos, I became a fan.

In my opinion, Rocketium is easily the best Video Content Creation app at this point of writing. But read on our Rocketium Review to find out why so.

Rocketium, Wave, Shakr, Animoto, Blurbiz, Promo by Slidely and Renderforest. That is an exhaustive list of video content creation apps to choose from. And then there are AI-powered tools like Magisto and Lumen5. Plus dozens more not mentioned promoted heavily on some websites and Facebook groups.

But with so many JVZoo products (which are pump-and-dump apps, meaning they don’t get any updates after the initial sale), choosing the right video content creation app is confusing.

Here’s where we step in. As a digital agency owner, I want to find out how good (or bad) Rocketium is compared to these tools. Is Rocketium’s regular price considered a deal or are you being shortchanged? Plus, how does the lifetime deal stack up?

To save you the trouble of comparing Rocketium versus one of these tools, I took the time to check them out. For every one of them, I did the following:

And voilà, I created the following table that would help you.

After going through the apps, I realised there are four distinct groups of video content creation apps, namely:

You would notice that I have not included Magisto nor Lumen5 into the table as they are very different from the rest. They are what you call, The Outliers, which are not what we want.

Stock assets are crucial for tools like this. Especially stock videos, which would cost a pretty penny. During the review, I’ve noticed most of the video content creation apps that provides stock videos, to be using Videoblocks.

Now, the issue with not having Videoblocks in the app would mean:

As for image assets, that isn’t very crucial as all the apps are using free stock images like Pexels and Unsplash. If you need better images, you could perhaps subscribe to DepositPhotos or Getty Images.

Finally, music tracks helps you focus on setting the mood for the video. Again, only the worst of the group don’t offer any music tracks.

Blurbiz, Typito and Animoto scores badly in this section due to a lack of stock videos and photos. However, I’ve given Animoto a solitary point due to their 500+ music tracks, which will make your video content creation easier.

Interestingly though, Rocketium, Shakr, RenderForest and Wave has Storyblocks included as part of the plan, though not all offer the full range of photos, videos and music.

The ability to have teammates is crucial if you work in a team or with clients. This feature enables collaborators who can adjust the videos on their own, and not have you pass them your login details or go through many emails.

However, only Rocketium and Shakr provides the option for teammates. Shakr’s teammate option starts on their higher tier plan, causing them to lose marks here.

While you sometimes only need one stock video and some overlays to create a catchy Facebook video, you might need more on other occasions. Especially if you are creating other types of videos. Like listicles, quotes, slideshows, timeline and even products showcase. In this case, the ability to add and mix photos and videos would be better.

Of all the video content creation app tested, only Promo by Slidely fails on this aspect.

When compared to the competition, Rocketium shines due to its range of stock assets, ability to have teammates as well as the ability to use multiple stock images and videos to generate a video.

Rocketium is a great Video Content Creation software. In fact, Rocketium is the most rounded tool of its genre at the moment.

While I like Rocketium, it could still get better. Here are some suggestions for improvement:

If you are looking for a Video Content Creation app for your business, the company you work for or to offer as a service, you won’t go wrong with Rocketium. Sure, it could look better, but its functional and gets you great videos at an affordable price.

If you are considering buying a lifetime AppSumo deal for Rocketium, wait no further. The AppSumo deal makes it even sweeter as Rocketium gives you a lot of bang for your buck. Plus, video content is only going to get more important as the days go by.