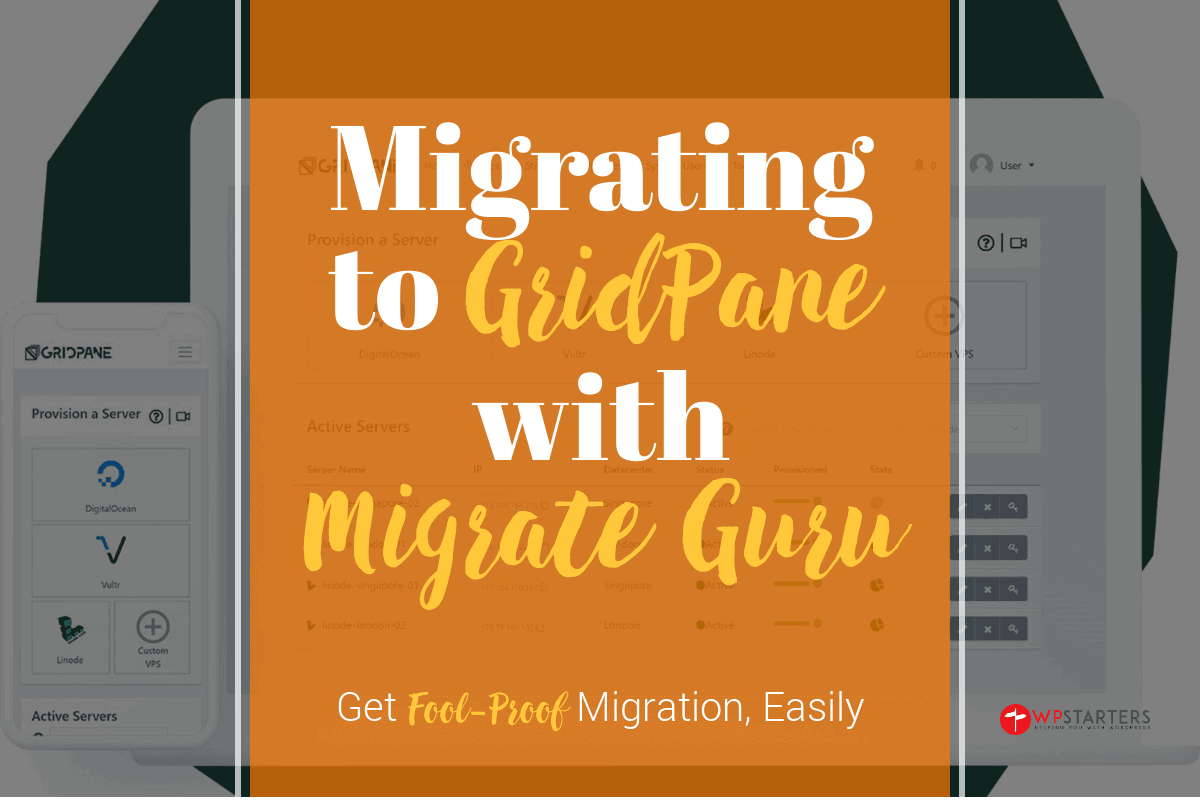 If you are new to managed hosting panels and wondered if GridPane is right for you, read on as we bring you this short guide on migrating your site to GridPane with Migrate Guru.

Managed hosting panels has been all the rage recently, with brands such as RunCloud, SpinUpWP and GridPane being on the forefront of WordPress managed hosting panels. Off WordPress though, we have ServerPilot and Laravel Forge, among others. And yes, we also had ServerAvatar, a smaller competitor who did a lifetime deal with us on the Martech Wise group.

But GridPane is hot among hardcore WordPress users. GridPane reviewers have mentioned that a GridPane-based server delivers high performance as the GridPane’s nginx stack comes with caching activated off the shelf.

Personally, I jumped onboard the GridPane wagon. Having used RunCloud for more than a year for managing and hosting clients’ sites, I was curious about GridPane. And then I had a chat with my friend, Jason, who moved his twenty something sites from SiteGround to CloudWays, before eventually settling down with GridPane.

Why GridPane? I was curious to find out more. Compared to RunCloud, GridPane’s dashboard looks amateurish at best. But GridPane had hardcore converts. There were a bunch of people who thought GridPane was the best thing that happened to WordPress, ever since Elementor. Really?

After all that reading up on GridPane, I was keen, but the price was a stumbling block. GridPane was expensive. Even more so for someone coming from Malaysia.

And I was only interested on the GridPane Developer plan, which comes with 6G and ModSec firewall, plus the ability to create and synchronise staging sites. But GridPane would cost me a cool USD 100 per month. Heck, I charge my clients peanuts for their care plans and GridPane would wipe out that already thin margin.

But Black Friday 2019 came and brought a surprise. GridPane had a limited lifetime deal. And it was one that kept increasing in price as limited amounts of licenses were sold out. I hesitated, missed the lowest tier but changed my mind and jumped onboard. And boy, it has been a journey. You’ll hear more of that in my upcoming GridPane review.

But back to the topic of this guide. One issue I faced with this new GridPane license, was the need to migrate a few dozen WordPress sites off RunCloud. I’ve used Migrate Guru previously and had no issues migrating sites to my RunCloud servers. But migrating to GridPane was one fraught with difficulties. Nothing seemed to work, initially. I even paid for the following month of RunCloud as I considered asking for a GridPane refund.

Now, I could complete the migration via the command line, but why do so when we have the excellent Migrate Guru? Thankfully, Bobby, the CTO of GridPane stepped in and gave me this simple solution, which I’m now sharing with you.

As you can see, you need to ensure you’re using a proper URL as the destination site. Previously, I could use the IP address as the Destination Site for RunCloud-based migrations, but that doesn’t work here.

Also, for FTP username, keep yours to ‘gridpane’, unless you have a different System User.

That’s it. Migrating your sites over to GridPane should work seamlessly. If it doesn’t, it usually means your site might be hosted on a shared server with limited resources. This causes a problem when the your site is several Gigabytes large. In this case, the All-in-One WP Migration plugin could be your saviour.