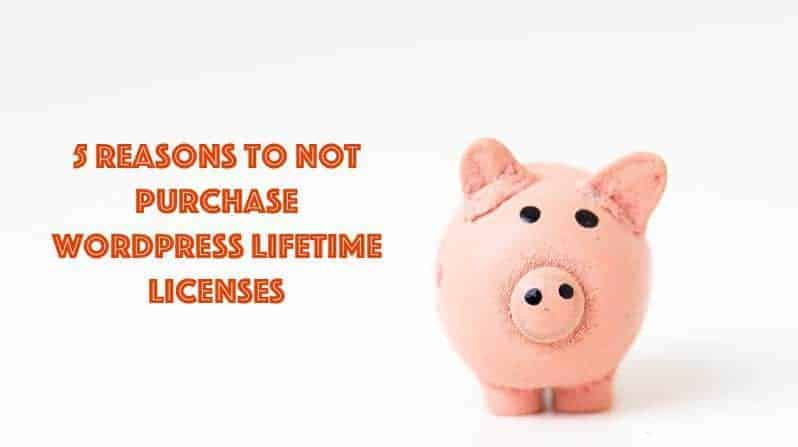 Read on after the break for more

I was eyeing the Revive Old Post Pro license for sometime. But due to a switch in domain names, my e-commerce site’s sales had dropped recently and I had other financial priorities. And then the email came yesterday. Revive Old Posts Pro was to have its own website in Revive.Social and I had missed the bus again. It is one of those times when I have missed out on gems. The other was with WooCommerce Extensions on WooThemes.com.

I’ve been an avid CodeCanyon supporter as there’s some amazing gems there. But after a while, I find some items discontinued or just left without support for a very long time. And after becoming a developer, I understand that selling on Envato is a tough prospect. After all, as an author, you are just one of the many faces out there. A drop of water in the sea.

Because of that, most WordPress products on Envato will never get decent sales. And as a buyer, you might be disappointed after a while. But don’t give up on the products on Envato. Many times it will be cheaper than the alternative and might be well coded too. Of course, there’ll be some that are badly coded, but it’ll be hard to tell unless you are able to look through the source code.

Not so clear are some affiliate focused WordPress products. After purchasing the lifetime license for Long Tail Pro, a leading keyword research tool, I got inundated by emails from DigitalKickStart. These emails came regularly and recommended certain cheaper, lifetime alternatives of popular products, including opt in and membership plugins.

Looking back, I thank God I didn’t buy much of these alternative products, as updates seems infrequent, making the lifetime claims, dubious.

2) Don’t buy lifetime WordPress licenses : You might not get good support

I’ve done WordPress support and at times it is hard work. From debugging issues to wading through various options to get down to the problem is time-consuming. Now, try imagining doing that for a large company like WooCommerce / Automattic. Where you have hundreds of support requests daily.

Or worse, some company basing their revenue model on CodeCanyon/ThemeForest, where net gains from a six months support license is $6-7. Support remains one of the most expensive things to do in WordPress as it doesn’t scale linearly to the size of your company. In comparison, it is easy to push updates to more customers.

Due to that, your lifetime WordPress licensed product might have awesome features, but not have great support. After all, the cost to hire 24/7 support staff that reply promptly and have great PHP, HTML, CSS and JS knowledge, is really pricey. And it’s a recurring cost that isn’t sustainable if your WordPress plugin/theme provider continues with this for too long.

The average price for a lifetime license is about $300 to $450.1 With that amount, you might be able to buy a few years of renewals, while reducing the cost of starting up. And in between, you might want to switch to an alternative plugin which might be better developed.

Having said that, it is a hit and miss game. The lifetime license that you buy may very well last for a long time and even see significant improvements. Among the most valuable lifetime licenses now are WooCommerce Extensions (WooCommerce.com), Gravity Forms and UpdraftPlus.

If you have purchased your licenses back when they were new and offering them as a way to raise money, your WordPress site gets for long-term improvements for very little recurring costs.

4) Don’t buy lifetime WordPress licenses : You may not be grandfathered

Grandfathered lifetime licenses are the way to go. Unfortunately, I’ve met my fair share of WordPress companies that refused to honour that agreement. Sadly, other than naming companies that don’t grandfather your lifetime license, you are left with very little recourse. Your money would not be returned and worse, your access to updates will soon go as well.

In such cases, the best recourse would be to speak to the owners/founders. And if you could do nothing, perhaps just move on with life and not buy anything else from them in the future.

5) Don’t buy lifetime WordPress licenses : WordPress might not the on top forever

Though WordPress and WooCommerce have grown much over the last few years, they might not be around forever. And with it, neither will your expensive lifetime licenses. Or the founders of these lifetime licensed products might just switch to a SaaS model and not give you anymore access in the future.

In the world of uncertainty, the best would be to keep within your budget constraints and only buy when absolutely needed.

Even though we started by telling you not to buy lifetime WordPress licenses, you should still do so. Especially if they are from reputable companies with quality products. If you are searching for the best lifetime WordPress plugins and themes, perhaps you can consider the following